Briski, a documentary photographer, went to Kolkata to photograph prostitutes. While there, she befriended their children and offered to teach the children photography to reciprocate being allowed to photograph their mothers. The children were given cameras so they could learn photography and possibly improve their lives. Their photographs depicted a life in the red light district through the eyes of children typically overlooked and sworn off to do chores around the house until they were able to contribute more substantially to the family welfare. Much of their work was used in the film, and the filmmakers recorded the classes as well as daily life in the red light district. The children’s work was exhibited, and one boy was even sent to a photography conference in Amsterdam. Briski also recorded her efforts to place the children in boarding schools although many of the children did not end up staying very long in the schools they were placed in. Others, such as Avijit and Kochi not only went on to continue their education, but were graded well.

Also Known As: The Kids of Sonagachi 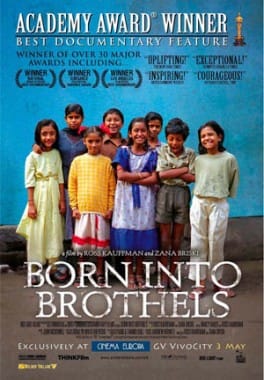